On November 24, 2021, Collins dictionary named “NFT” as the word of the year. In 2021, the use of the term grew by more than 11,000%. It has emerged in various fields such as art, finance, and social networking. Now, NFT has been widely recognized as a trendsetter, growing from a niche culture among geeks to a worldwide fashion, and has attracted many institutions and celebrities.

Have you heard about NFT? Are you considering getting your own NFT? Seas of information on the internet are overwhelming as new emerging things keep challenging your cognitive limits. You may be wondering: what are NFTs? What are the applications of NFTs? What are the prospects of NFTs? No worries, this article will set forth these basics about NFTs for you.

Anything Can Be an NFT

NFT stands for Non-fungible token. Different from fungible tokens such as Bitcoin and ETH, each NFT is unique and can not be replaced with each other. In the virtual world, fungible tokens are featured for their monetary attributes while NFTs are mainly used to authenticate the ownership of something.

NFT is basically a method to prove digital asset ownership and authenticity. Each NFT has unique identification codes and metadata that distinguish them from each other. Whether an image, a video, a game item, or even a car, a house, a diploma in the real-world, all of them can be represented by NFTs. Through digitalization and tokenization, NFT allows true ownership of on-line or off-line items. Anything can be an NFT.

Containers come in standard sizes, images come in Jpg and other given formats. All these “digital assets” have widely used standards. Ethereum-based ERC-721 is the most popular standard for NFT, and other new standards like ERC-1155 are being developed. Other public chains also have their own common standards for NFT.

The NFT itself exists on the blockchain, while the asset which the NFT represents is stored in a centralized server or a decentralized protocol like IPFS.

The traceability and immutability characteristics of blockchain guarantee the authenticity of NFT assets. Thus NFTs solved the challenge of digital ownership.

In the digital world, any virtual asset is an array of 0 and 1 on the disk, which can be easily and losslessly copied. NFT allows true ownership of digital items, which can be traced on the blockchain. As the issuer of an NFT, it is possible to set the number of issues and other information in the smart contract, creating artificial scarcity. In addition, NFT makes decentralized trading of virtual assets possible.

Before the Bitcoin White Paper

The concept of NFT can be traced back even before the Bitcoin white paper. In 1993, cryptography expert Hal Finney introduced the “Crypto Trading Cards” which contain hash strings, generated by algorithms, that are irreplaceable to each other.

In 2012, the “Colored Coin” composed of small denomination bitcoins was created, which can represent a variety of assets including coupons and stocks. This is the first token that truly resembles today’s NFTs.

To some extent, you can see some signs of NFTs from these early projects.

In 2017, CryptoPunks made its first attempt to assetize images by releasing 10,000 pixel-wind avatars on Ethereum. CryptoPunks has since been hailed as the Bitcoin in the NFT field. Actually, as the ERC-721 standard had not yet been established at the beginning of this project, CryptoPunks was created based on a modified ERC-20 standard.

The first real NFT project was Cryptokitties released in October 2017, which is a game with collecting and raising digital cats as its main gameplay. These digital cats are quite different, each of which can be represented by an ERC-721-standard NFT. After its release, CryptoKitties triggered a craze, which once led to the blockage of the Ethereum main network. Thus the public starts to realize the huge potential of NFTs. 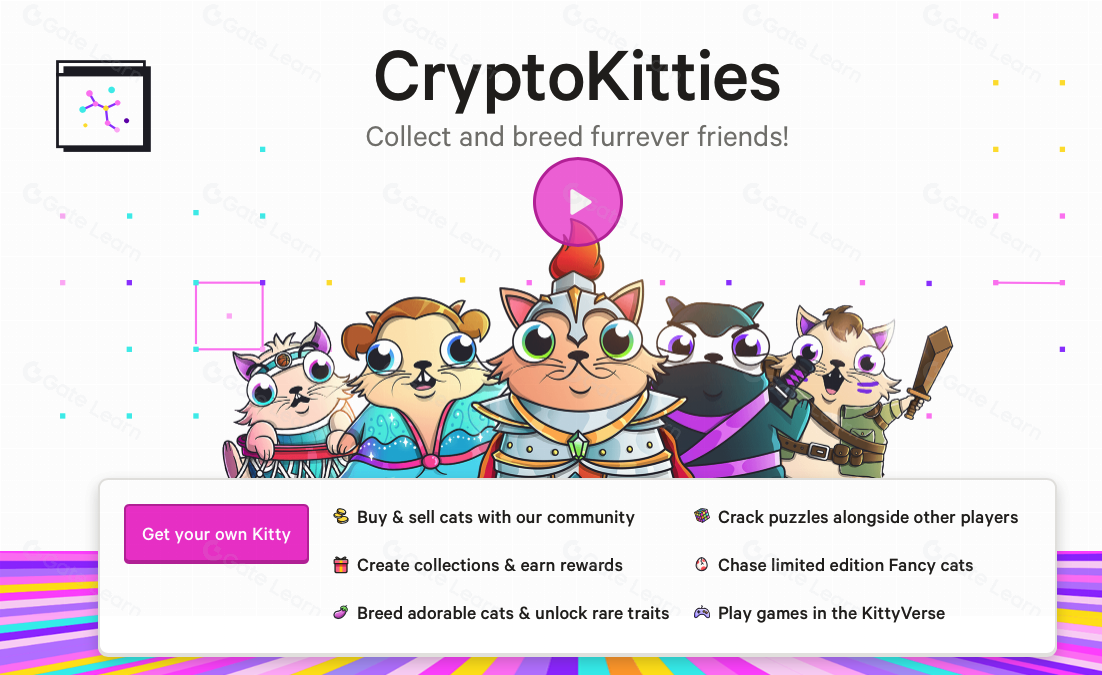 In the following years, the market size of the NFT kept growing as the ecology was enriched and the facilities were improved. However, its influence was limited.

In October 2020, CryptoKitties developer Dapper Labs launched NBA Top Shot, an officially licensed card collecting project based on a newly-developed public chain, which made photos and short videos of players’ highlight moments on the court as NFTs.

In the first quarter of 2021, the NFT market reached $1.5 billion, with NBA Top Shot alone accounting for 1/3. The success of this project has also injected new vitality into the cryptocurrency market, with a large number of new users coming into contact with NFTs and cryptocurrencies.

From 2021, NFT began to develop in many fields such as artworks, digital collections and games, and gradually grew into the next hot spot after DeFi. In February, famous digital artist Beeple’s painting “Every Day: The First 5,000 Days” was auctioned as NFT and fetched $69 million. In August, NBA star Curry bought a Boring Ape(BAYC) for his Twitter avatar for $180,000. These typical events were covered by the media, generating attention from all walks of life and attracting many imitators.

In addition, in mid-2021, the NFT game Axie Infinity attracted a large number of players with its Play-to-Earn mode, where players had to buy in-game NFTs to play against each other in order to earn coins. The new narrative and innovative concept ignited GameFi. At this time, NFT really entered into the public, with global netizens and celebrities taking the initiative to share and spread, bringing the NFT market into the next phase of rapid growth.

According to a market report published by Messari in February of this year, the total market value of NFTs reached $18 billion in February 2022. And we can see use cases for NFT in almost any sector that requires the validation of property rights.

For users, Avatar NFT (Avatar or PFP) is probably the most accessible type of NFTs, and it also accounts for the highest share of the overall market. The explosion of CryptoPunks and Bored Monkeys has led to a boom in avatar NFT, and projects with both aesthetic and commercial value such as Azuki were also emerging . NFT fans with various avatars such as apes, bears, zombies and even goblins are very common on social media.

Except for a few blue-chip projects that have formed a strong community consensus, avatar NFT projects are changing rapidly and are extremely diverse in theme. Those projects containing 10,000 NFT avatars with different appearances were referred to as 10k projects. 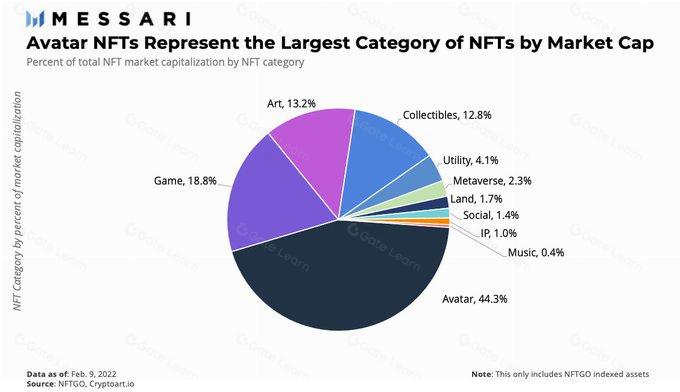 In addition to the validation function, these avatar NFTs also have social functions such as display attributes and admission tickets. Taking BAYC for example, users who hold BAYC NFT avatars are accessible to the BAYC community and have some extra privileges including NFT airdrops. The success of BAYC is inseparable from the celebrity effect and its mature community building.

Game props, artworks and digital collectibles NFTs are also extremely common types of NFTs. Taking the game category as an example, the number of daily active users of Axie Infinity in the world has maintained a long-term level of millions. Axie Infinity was called the blockchain version of “Pokemon”. In this game, each of the pets “Axie” - is a unique NFT with different attributes and appearances. Those players can train Axie to participate in battles and complete tasks to win revenue. As of today, Axie Infinity is still the single NFT item with the largest transaction volume in history.

The NFT marketplace of Axie Infinity

In addition, those Web2.0 sectors plagued by property rights issues for a long time also began to embrace NFTs, with the music industry being the most typical example. Introducing NFTs to the music industry can effectively solve the problem of capturing the value of a work in circulation, allowing creators to directly connect with their audiences. Moreover, composers are able to earn royalties from circulation. Royal is the typical project in this sector.

The Ethereum-centric Ecosystem of NFT

Ethereum, the birthplace of NFT, takes an absolute lead in terms of market volume and number of projects. Some emerging public chains such as Solana and Avalanche, and Ethereum’s side chains such as Polygon are powerful competitors with the virtue of high performance and low fees. Other major blockchains such as Ronin and Flow also win a place with their star projects such as Axie Infinity and NBA Top Shot. 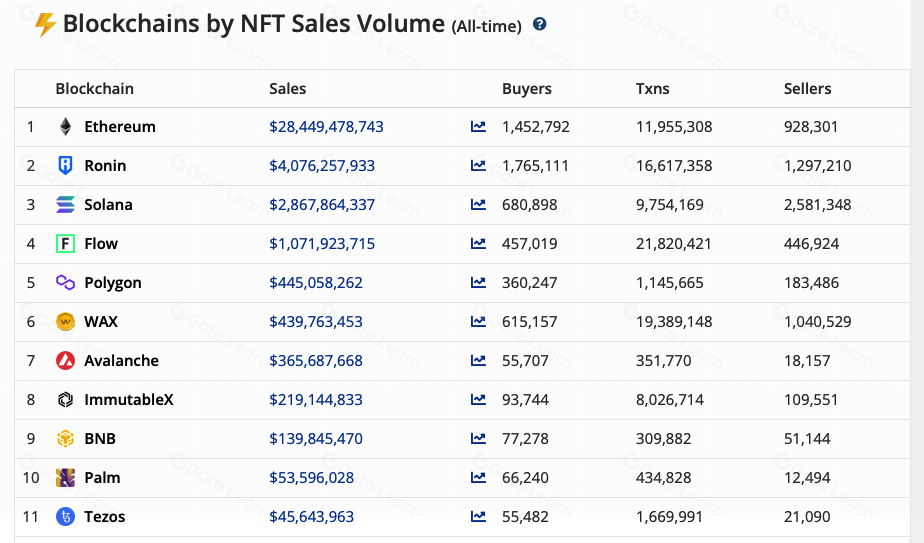 March into the Void: NFT and the Metaverse

During the metaverse fever in the winter of 2021, the NFT market also took off. The metaverse is a digital world that can be freely accessed via the Internet and compatible hardware devices. This world is always online in real time, can hold numberless users simultaneously, and provides rich content to consumers. It will provide an equitable creation platform, a reliable economic system, and immersive interactive experiences.

In such a digital world, NFT, which allows true ownership of digital items, is expected to be a crucial infrastructure, providing a stable decentralized ownership system in the metaverse. In the future, whether real estate, clothing, artwork or even food, all of them may be NFTs. In the winter of 2021, we witnessed a “metaverse land speculation” in Decentraland, SandBox and other virtual worlds.

Where will NFTs go in the future? For the existing NFT ecosystem, will the bubble eventually burst and sink, or will it be a thriving industry? We have no answers now. But one thing is certain, as with any technology that may have a revolutionary impact, NFTs will be integrated into our lives in a wider and deeper way in the future.

Disclaimer:
This article represents only the views of the observers and does not constitute any investment suggestions.
Gate.io reserves all rights to this article. Reposting of the article will be permitted provided Gate.io is referenced. In all other cases, legal action will be taken due to copyright infringement.

Anything Can Be an NFT

March into the Void: NFT and the Metaverse 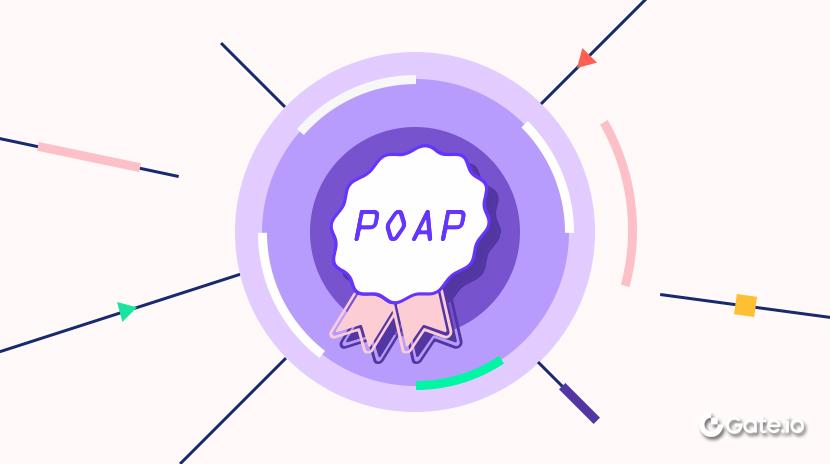 What Is a POAP NFT?

A POAP (Proof of Attendance Protocol) NFT is a kind of NFT given to event attendees as a reward for their participation. POAP NFTs are generally known as "an ecosystem for the preservation of memories", and are the digital version of keepsakes that you get at events, proving that you attended the event where it was given and also being used as remembrance memorabilia.
Oct 04, 2022 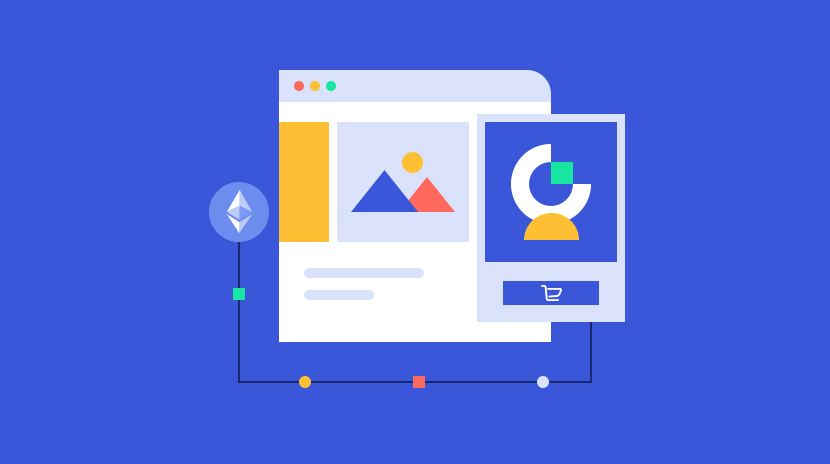 How to Trade NFTs?

How to trade non-fungible tokens (NFTs) in a safe and convenient way
Oct 03, 2022 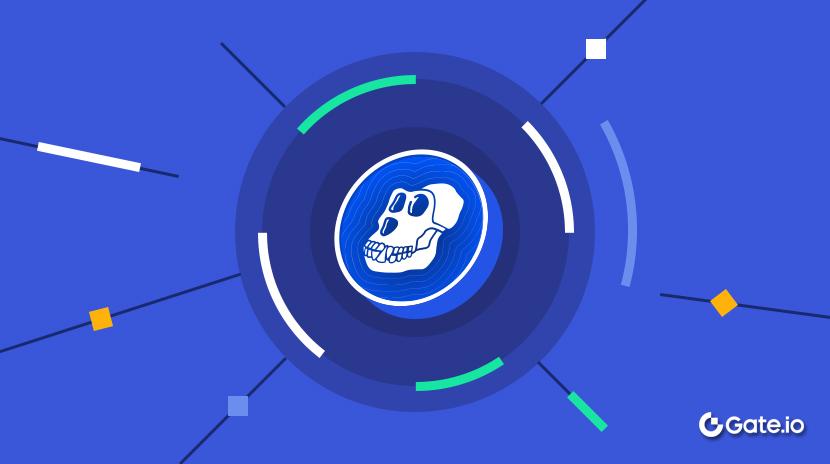 ApeCoin is an ERC-20 governance and utility token issued by the ApeCoin DAO, which plays a key role in building the APE ecosystem and cultural economy.
Oct 04, 2022
Mobile
Desktop
Windows MacOS