BeginnerJul 17, 2022
Dogecoin is a memecoin and probably the most unique one among dozens of mainstream cryptocurrencies.
Altcoins

In May 2021, a managing director of Goldman Sachs made a lot of money after investing in Dogecoin. After realizing wealth freedom in this way, he resolutely left Goldman Sachs, where he had worked for 14 years. This story is an epitome of the growth of Dogecoin in the first half of last year.

Dogecoin is probably the most unique one among dozens of mainstream cryptocurrencies. Since its creation, it has attracted countless fans with its unique humorous temperament. Therefore, how was Dogecoin founded and what is its future? What information do you have to know about Dogecoin?

The Birth of Dogecoin: "Humble" and "Rebellious"

The story of Dogecoin began in 2013, when the price of Bitcoin had just experienced a round of rise. In 2010, 10000 Bitcoins were only enough to exchange for two $25 pizzas. In 2013, the price of a single Bitcoin reached hundreds of dollars and even reached a record high of $1,147 on December 4, surpassing the price of gold per ounce for the first time. Bitcoin has become a synonym for getting rich overnight, which makes countless speculators jealous. Meanwhile, a large number of "Altcoin" projects without any technology were created by simply copying the source code of Bitcoin, and rushed to the major exchanges to make money.

In order to satirize this absurd phenomenon, Jackson Palmer, a product marketing manager for Adobe Creative Cloud in Sydney, combined with the popular Doge Meme at that time, designed a gold coin logo printed with Doge, and tweeted, "Investing in Dogecoin, pretty sure it's the next big thing" (this tweet has been deleted at present). His words were seen by Billy Markus, an IBM engineer, and the two got the same innovative thoughts about this funny idea. Markus completed all the programming work based on the Litecoin code in only 3 hours, and the Dogecoin was born. 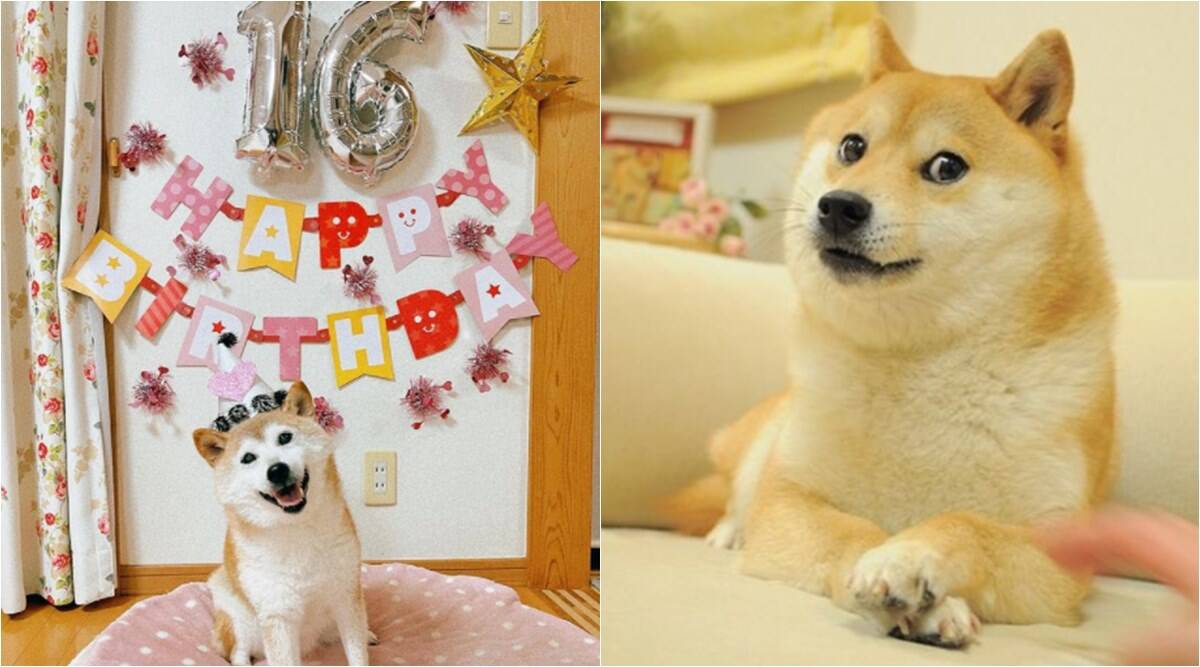 (Left: the mocking emoji of the dog became popular on Reddit in 2013. Its prototype is a Shiba Inu named Kabosu, who is 16 years old this year)

Markus' work on the Dogecoin code was very simple, which basically means copying and pasting, finding and replacing. He changed the "mine" concept in Bitcoin code into a more dog-friendly "dig", modified several parameters, and changed to a more lively font, and that's  all the technical innovation of Dogecoin.

In terms of consensus mechanism, Dogecoin uses a PoW mechanism similar to Bitcoin. It does not use the SHA-256 algorithm of Bitcoin or Litecoin, but uses the Scrypt algorithm, which greatly reduces the difficulty of mining. Compared with Bitcoin, which has a very limited total amount, the block output speed of Dogecoins is faster and Dogecoins have no upper limit of issuance. It takes approximately 10 minutes to generate  one block for Bitcoin. The initial block reward is 50 BTCs, which will be halved every four years, and the final circulation will reach 21 million BTCs in 2140; By comparison, it only takes approximately 1 minute to generate one block for Dogecoin. The initial reward of the block is 1 million DOGEs, and the reward decreases once every 100000 blocks, and finally stabilizes at 10000 DOGEs. Presently, the total amount of Dogecoins on the market is approximately 135 billion, and approximately 5 billion additional DOGEs are issued every year. With the increase of the total issuance of Dogecoins, the issuance speed of new DOGEs will not change, which means that the inflation rate of Dogecoins will gradually decline, from approximately 4% at present, to approximately 3% by 2027, and approximately 2% by 2035.

The huge issuance volume makes Dogecoins very cheap and the threshold for starting is very low. For a long time after its birth, the price of Dogecoins has been close to zero. People can hold a large number of Dogecoins with a little money. In addition, the on-chain transaction cost of Dogecoin is also extremely low. As a token "born for banter", Dogecoin was welcomed by netizens after its launch in 2013. Its official website Dogecoin.com received 1 million hits within one month of its launch.

On Reddit, the gathering place of American grassroots culture, someone wrote a "tip robot" that uses Dogecoin to reward. When you are satisfied with a certain content, you can let the Dogebot reward the author with several Dogecoins (the price was approximately $0.0005 each at the time). This interactive way was lively, interesting and ceremonial, and did not cost much, therefore, it quickly became popular on Reddit and several other social media. In addition, the Dogecoin is also used for some public welfare purposes. In 2014, the Jamaican bobsleigh team won the qualification for the Winter Olympics for the first time, but was unable to participate due to lack of funds. To this end, Palmer united with community members to launch Dogecoin crowdfunding, and finally raised 26 million Dogecoins to help the Jamaican team participate smoothly.

Dogecoin has gained a lot of popularity because of its grassroots attribute, however, the long-term value of Dogecoin is not very optimistic due to its low price. It seems that Dogecoin is only considered as a "tip token" used to reward others on Reddit and Twitter, but it has no more value. Even its founders didn't seem to have much expectations for Dogecoins. The two founders not only neglected to manage the community and rarely updated the code, but also successively sold their own tokens around 2015, and gradually lived outside of public view.

But what happened later will probably make them regret it. In 2015, Markus, one of the founders of Dogecoin, sold his Dogecoins and bought a second-hand Honda car due to unemployment. If he had kept these Dogecoins until 2021, the value of these tokens would have reached tens of millions of dollars. 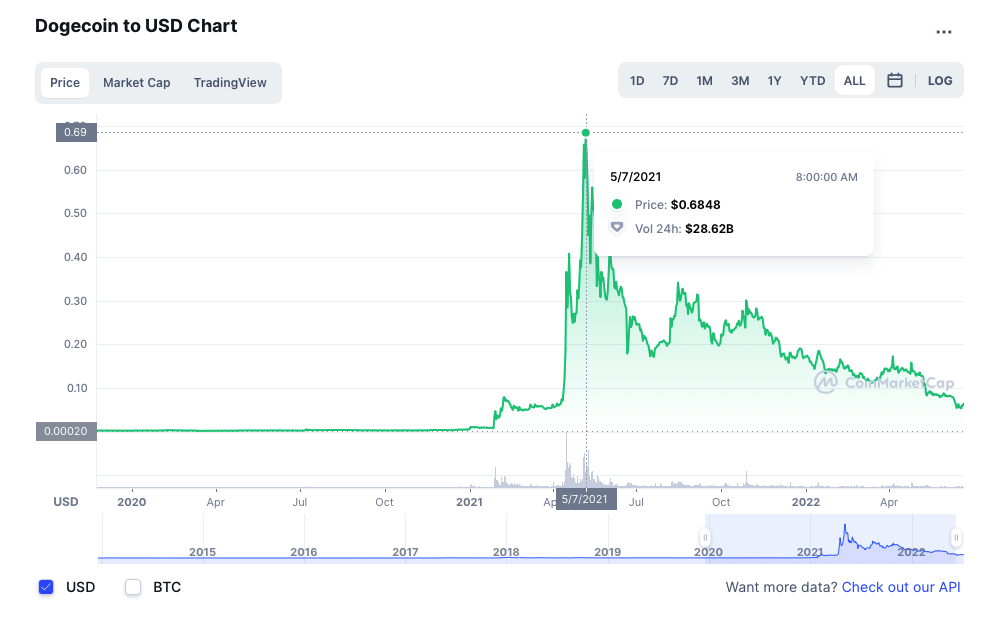 At the beginning of 2021, a large number of retail investors in the United States gathered under the banner of "protecting GameStop" and bought a large number of GME shares to force wall street short, resulting in a loss of nearly $10 billion for several financial institutions, and even forcing brokers such as Robinhood to announce restrictions on the purchase of relevant stocks. Perhaps it is in this "common people's victory" that American retail investors have tasted the sweetness, and turn the spotlight on the next target: Dogecoin. Many Reddit users left messages on r/wallstreetbets, stating that Dogecoin would be the next GME, and that they would keep Dogecoin until its price reached $1. The price of Dogecoins also rose, rising nearly 10 times in 24 hours. After that, Musk's participation pushed the carnival to a peak.

Dogecoin and Musk first got involved on April Fool's day in 2019. At that time, the Dogecoin community launched a spoof poll on Twitter, inviting netizens to select the CEO of Dogecoin. As a result, Musk lived up to expectations and beat Ethereum founder Vitalik and Litecoin founder Charlie Leed to become the CEO of Dogecoin recognized by netizens. Musk himself also responded to the vote and changed his twitter profile to "former CEO of Dogecoin". Since 2021, he himself has repeatedly tweeted on Twitter to support Dogecoin directly and indirectly. 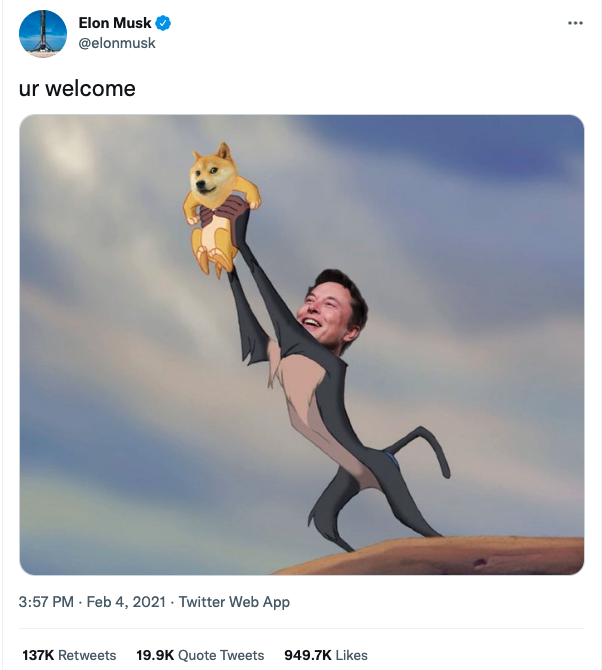 During that time, Musk's tweets have shown great influence on Dogecoin and even the entire crypto market. Once the price of Dogecoin fluctuates, the first thing many people thought of was going to Musk's Twitter to find the answer. The market value of Dogecoin has risen all the way and once became the fourth largest cryptocurrency in the world. The Dogecoin has also derived a series of meme coins, such as SHIB (Shiba Inu), pig (PIG Finance), and the concept of "crypto space zoo" is the same for a time. Musk himself has also become a real spiritual leader of the Dogecoin community under this circumstance.

Now that the market is a little colder, although Musk's influence on the price of Dogecoins has declined, he still performs as the "Godfather of Dogecoins" from time to time, for example, claiming that SpaceX and Tesla will accept Dogecoins at some time. No matter whether what he said is sincere, hype, or simply playing tricks, objectively speaking, there are still many problems for Dogecoin to truly become "Internet native currency" or "people's crypto".

The Risk of Dogecoin: a  Victory for  the People?

Celebrity effect, market sentiment, community popularity, all these push Dogecoin to its position. Some people think what Musk has done is to speak for the weak, gather the bottom forces, and build community consensus, which is a rebellion against the elite of Wall Street. However, unlike the GME incident, there is no counterparty like Citron Research in the Dogecoin market. This makes the Dogecoin look more like a so-called "pump-and-dump" last year.

To become the "native currency of the Internet", Dogecoin is still not doing enough in terms of decentralization and scalability. From the perspective of node distribution, the number of Dogecoin nodes is currently approximately 1100, 45% of which are located in the United States; By contrast, the number of global nodes of Bitcoin has reached 7500. In terms of the distribution of tokens, the degree of decentralization of Dogecoins is not optimistic. According to a report published in August 2021 by Chainalysis, an on-chain analyst, 82% of the total supply of Dogecoins (106 billion DOGEs) are held by 535 entities, with 31 of them  holding coins between six months and two years hold a total of 37 billion Dogecoins. This makes the actual on-chain liquidity and transaction depth of Dogecoin very limited, and the price is relatively easy to manipulate. In terms of scalability, the block size of Dogecoin is consistent with that of Bitcoin, which is 1MB. Considering its block output speed every minute, the TPS of Dogecoin is approximately 60, which is far less than traditional payment means such as Visa. 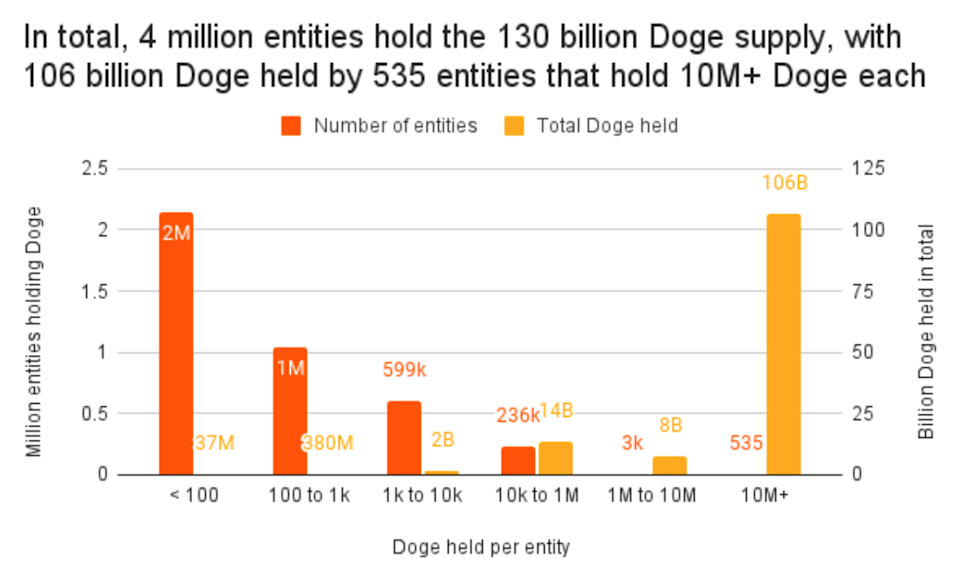 The positioning of Bitcoin as "digital gold" has been deeply rooted among the people, which is the basis of people's consensus on Bitcoin. As the largest meme coin, Dogecoin does not support smart contracts. Its function still stays in simple applications such as rewards, and the space for value imagination is relatively limited. Once the tide recedes, there is a risk that this value consensus of Dogecoin will disappear. In fact, many of the animal coins that were extremely popular in the "crypto space zoo" last year have now reached the edge of collapse.

Since its birth in 2013, Dogecoin has been a "veteran" cryptocurrency that has passed through bull and bear markets for many years. Looking back at the introduction on the official website of Dogecoin, what Dogecoin wants to create is "a cryptocurrency favored by Shiba Inus worldwide". We recognize the rebellion and grassroots spirit behind the Dogecoin, and appreciate the original intention of the Dogecoin community to keep an eye on the public welfare and the weak.

The Birth of Dogecoin: "Humble" and "Rebellious"

The Risk of Dogecoin: a Victory for the People? 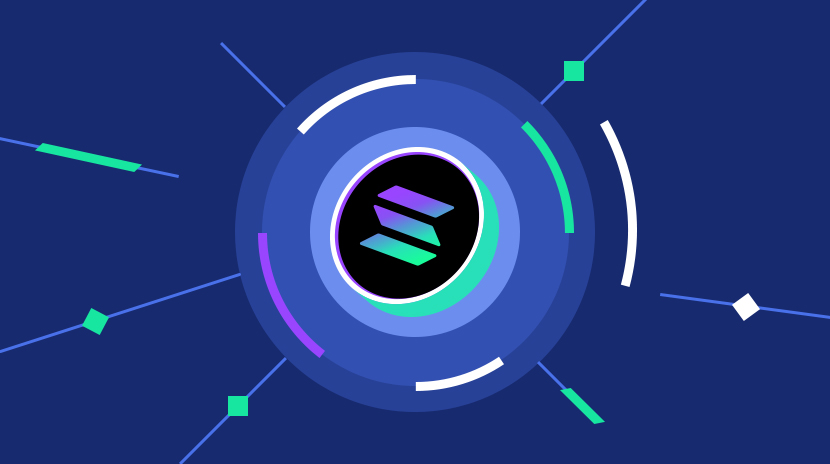 As a blockchain project, Solana aims to optimize network scalability and increase speed, and adopts a unique proof of history algorithm to significantly improve the efficiency of on-chain transactions and sequencing.
Oct 04, 2022 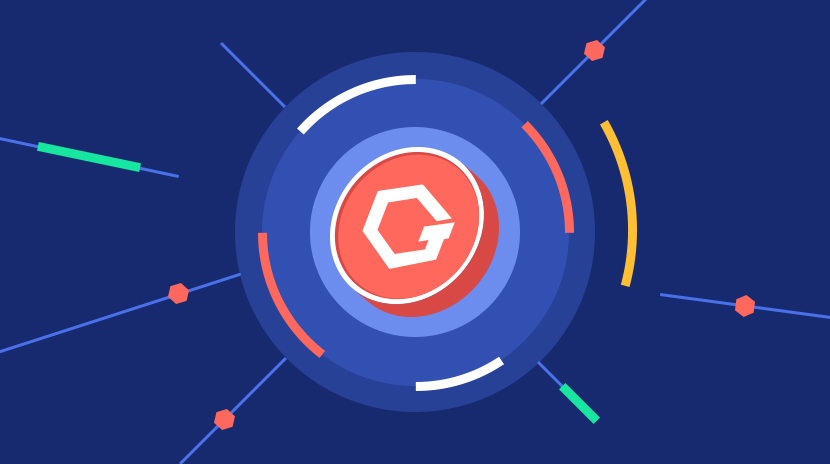 GT (GateToken) is the native asset of GateChain and the utility token of Gate.io. The value of GT is closely related to the development of Gate.io and the GateChain ecosystem.
Oct 04, 2022 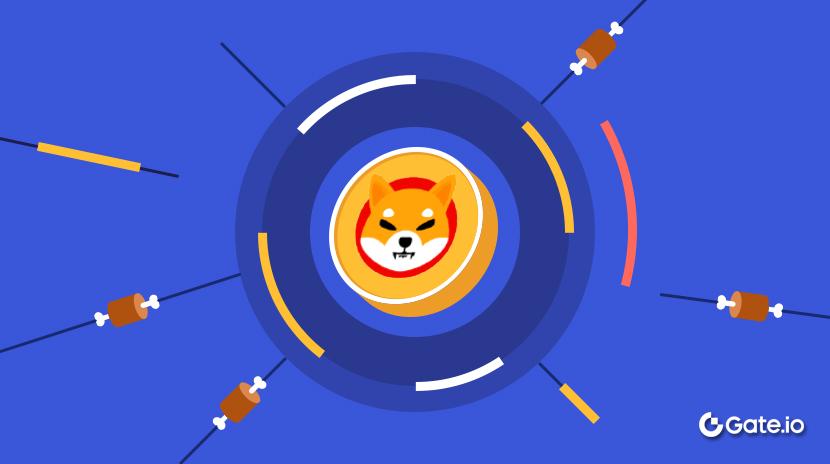 What is Shiba Inu Coin?