With the development of blockchain technology and relevant projects, there are many different variations of altcoins, along with many emerging public chains and tokens with high potential, behind which is technological innovation distinct from that of Bitcoin and Ethereum. Because of this, altcoins are more commonly known as "mainstream coins" now.

Every time we mention altcoin, we mean "token" instead of "coin". This is because coins are only used as a medium of payment and trading or as a store of value. In contrast, a token will vary depending on a project’s smart contract, thus enjoying more diverse functions.

The most important token standard is ERC-20, whose open-source nature makes it easily accessible for the public to develop and issue an altcoin of their own on it. As a reference, there are over 20,000 altcoins listed on CoinMarketCap.

Stablecoins are cryptocurrencies whose value is pegged to a fiat currency. It is usually used as a currency of payment, collateral or settlement. At present, the largest stablecoin by market capitalization and trading volume is USDT, which is pegged to the U.S. dollar with 1 USDT = 1 USD.

Memecoins stem from the meme culture. But most of the time, they only represent Internet memes (spread on the Internet and gain huge popularity in a short period of time). A memecoin distinguishes itself from other cryptocurrencies as it lacks utility.

As memecoins represent some kind of internet humor, their price is more susceptible to community sentiment and social media, making them suffer from higher volatility in price than mainstream coins such as BTC and ETH. As a result, they are more often hyped and apt to arouse a Fear of Missing Out (FOMO). In the crypto space, FOMO is commonly seen when the price of a currency continues to go up.

Governance tokens usually represent the voting power of a decentralized protocol’s decision-making. Token holders can decide, through proposals or votes, the development of the protocol, including the development of new products, the use of treasury budget, the integration of third-party projects, and the cooperation with other protocols, among others.

Common utility tokens: ETH, used to pay transaction fees in the Ethereum blockchain and Ethereum Virtual Machine; SOL, the so-called “Ethereum killer” created on Solana; and MATIC, used as an alternate of Polygon - the Ethereum sidechain.

Several Altcoins You Should Know

USDC, also known as USD Coin, is jointly issued by Circle, a blockchain-based financial company, and Coinbase, a cryptocurrency exchange. Each USDC is backed by one dollar as the reserve.

USDC has been an indispensable existence in the current cryptocurrency market. It is widely used in scenarios such as spot trading, loans or instant payments, both in centralized or decentralized exchanges.

Dogecoin was created in 2013 with its underlying technology derived from Litecoin. It is inspired by the most famous memes of all time. Its satirical nature has never stopped it from growing into a popular coin in the digital currency world. The biggest feature of Dogecoin is its low price, which makes it a tool by investors to reward others in the first few years after its birth, and an unlimited supply.

UNI is a token issued by the leading decentralized exchange - Uniswap, who launched a token airdrop in 2020 to its early users. Its unique trading mechanism - automated market maker (AMM) - is one of the important drivers for the rapid development of DeFi. UNI token is a sheer governance token. Its holders can have a vote on Uniswap governance issues.

ETH is a utility token necessary to access the Ethereum blockchain. Ethereum, known as Blockchain 2.0, has opened up the prosperous era of DeFi. In order to access various DeFi protocols on Ethereum, the demand for Ethereum is also increasing and the price rising. In addition to paying transaction fees on Ethereum, ETH is often used as a medium of pricing NFTs.

Aave is a decentralized lending protocol. It is the largest lending protocol by total value locked in the DeFi world. Its governance token is AAVE. AAVE holders can participate in the governance of the protocol and earn income from the platform by staking. The staked AAVE tokens are responsible for safeguarding the AAVE protocol. If there are a large number of bad debts, the staked tokens will be deployed to repay the debts.

Generally, a bull market features in the leading rise of mainstream coins, such as BTC and ETH, followed by other altcoins with lower market capitalization. A more reasonable explanation for this phenomenon is that the rise of mainstream coins can often bring new incremental funds to the market. When these funds bring investors profits, the holders will invest part of the profits into higher-risk targets.

Alt Seasons is often a period that can only be identified by looking back. During this period, various new tokens were born, the internet was flooded with news of hundreds of times profits from investment, and new investors entered the market attracted by many wealth myths. The highly remarkable events in this period include the ICO in 2017, the DeFi Summer in 2020, and the birth of Memecoins and GameFi tokens in 2021.

When the Alt Seasons end, the market will usually see a large pullback. As altcoins feature small market capitalization, high volatility, and rapid trend changes, investors must be paying high attention to risks when the trend turns.

Risks of Investing in Altcoins

Compared to mainstream coins like BTC or ETH, most altcoins have higher 24h change. If you predict the moving direction of an altcoin correctly in a bull market, you will win unimaginable rewards. However, investing in a huge number of altcoins in the bear market may bring investors significant losses.

With the development of DeFi and Dex, anyone can provide liquidity for tokens on a Dex, so investors should be extremely wary of scams and rug pulls. Scams refer to fraud to win your trust in an inactive project team; rug pulls refer to a project team deceiving investors by draining liquidity or absconding with investors’ money to have a negative influence on the currency price.

Some projects seem to be safe and trustworthy. However, we may find the team becomes gradually inactive and provides fewer updates in the community group after we have invested in it.

There are also many project teams absconding with money when they have enticed enough investors. Among them is the big Squid rug pull event, which results in the currency price instantly dropping by 99% from 3,000 to 0.0033. The team announced that the project had been hacked initially but refused to respond to investors’ doubts and closed all community groups later on.

For these altcoins that have no value any longer, people usually call them in derogatory words such as Shitcoin, referring to projects that lack real use cases and have unrealistic ideals.

We often see netizens advocate Bitcoin Maximalism and believe that the current altcoins are deviating from the essence of Bitcoin. But judging from the proportion of altcoins to the total cryptocurrency market capitalization, we see a remarkable growth, from 6% in 2014 to 58% in 2022, a demonstration of investors’ increased demand for altcoins. Cryptocurrencies that are simply used as a medium of exchange or a store of value can no longer meet investors’ demands.

Altcoins are developed from Bitcoin, making it easier to draw on useful experience of this well-developed project and create more applications that meet the ever-changing era.

Stablecoins allow us to use familiar payment methods or complete transactions. Governance tokens allow investors to personally participate in the planning of a protocol’s future development. While memecoins, though having no real utility, they enjoy strong power to bring the community together. These innovative applications make it available for us to access more diverse blockchains and experience better DeFi services. For this purpose, many teams have also made their product open-source, a demonstration of self-confidence in their project and a way to further improve them by accepting comments and suggestions from outside their community.

Although altcoins seem to have a sound prospect, investors should pay special attention to the risks as they experience high ups and downs every day. Even if we are bullish on specific altcoins, we should adjust asset allocation according to the level of risk we can bear.

Several Altcoins You Should Know

Risks of Investing in Altcoins 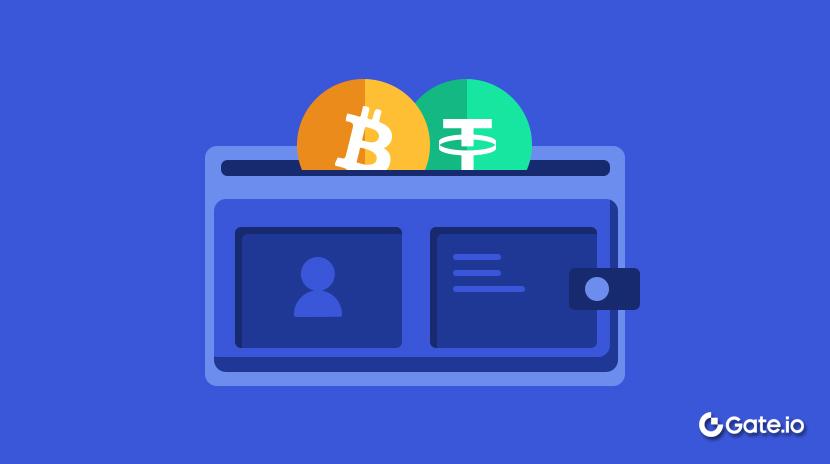 What Is a Cold Wallet？

A quick overview of what a Cold Wallet is, taking into account its different types and advantages
Oct 04, 2022 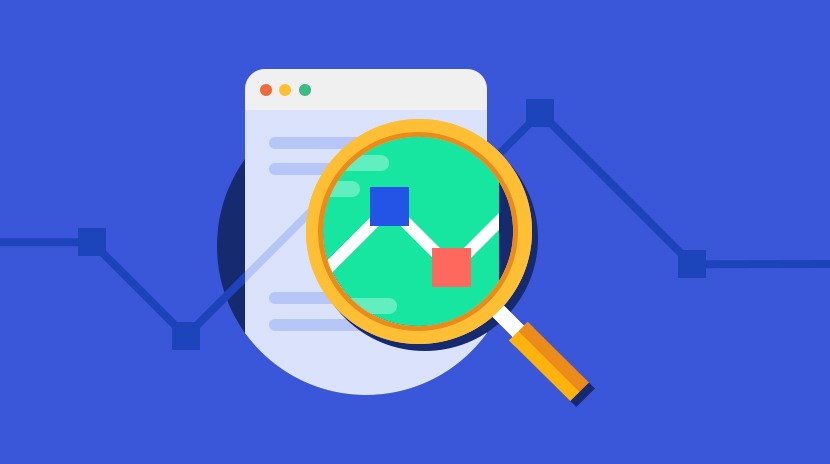 What Is Fundamental Analysis? 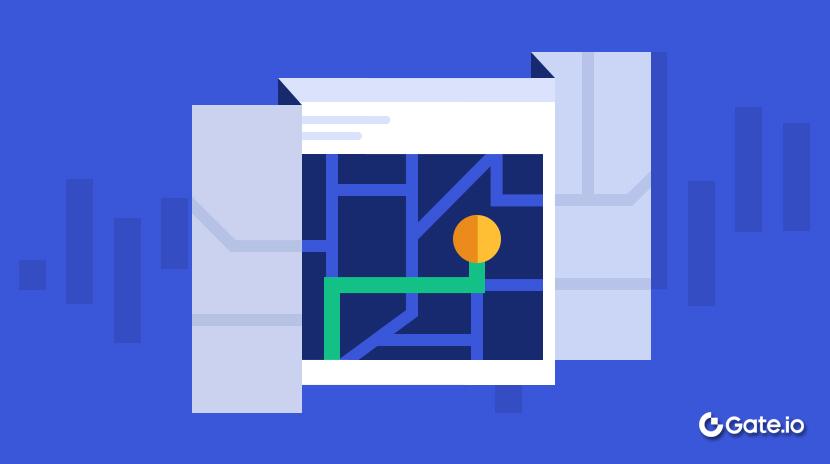